Know Before You Fly: Transfer Options From Naples Airport To Sorrento 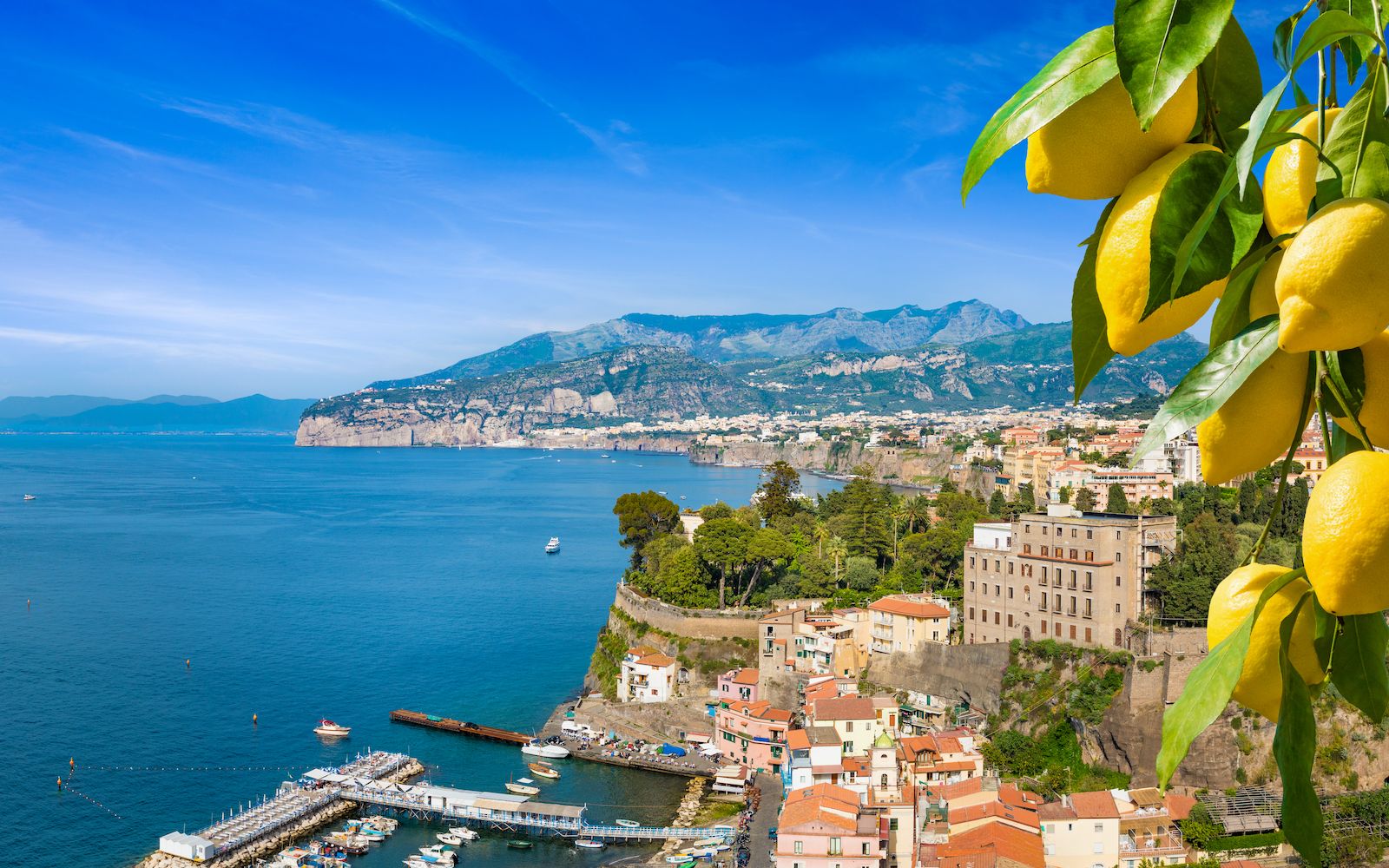 Tourists should know that Naples International Airport not only offers immediate and quick access to the city of Naples, but it’s also a perfect place from which you can get to other destinations around Italy — including easy connections to the town of Sorrento.

Travelers are increasingly drawn to Sorrento because of its moderate climate and fantastic location on southern Italy’s Bay of Naples. The town is famous as the birthplace of the tasty lemon alcoholic beverage Limoncello, but it’s also a draw for many other reasons including great restaurants, stunning views, and plenty of things for visitors to see and do.

If you are traveling to Sorrento for a holiday and transferring via Naples International Airport then you have several options available for making the trip, including trains, taxis, buses, and private cars. Each choice has its own pros and cons with varying prices, so check out the guide below to figure out which option makes the most sense for your schedule and budget.

Naples Airport to Sorrento by Taxi

A simple option is to order a taxi from the airport that will take you directly to your final destination in Sorrento. To find the official taxi ranks at Naples International Airport, after you’ve collected your luggage simply follow the signs to join the queue for taxis. Do not accept rides from anyone who approaches you, as these are unauthorized, unlicensed drivers.

Sorrento is roughly 53 kilometers (or about 33 miles) from the airport, so this is a long journey that on average will take between 1 hour to 1 hour and 30 minutes depending on the time of day and corresponding traffic levels. Because of the distance it can be very expensive to take a taxi, which will charge by the meter and not using a flat fixed rate. You can expect your total fare to be at least €90 and possibly more depending on where you are going in Sorrento.

The benefit of taking a taxi is that you get to ride in comfort with just the people going with you on your trip, and your luggage will be secure in the car. It’s also a relatively quick option as it’s a simple direct journey. But for some travelers the high cost can make this choice prohibitive.

If budget is not a concern then you might also want to consider a private car. These can be arranged in advance through a number of reputable websites. A well-trained and skilled driver will meet you at the airport, typically in the luggage claim area, and then walk you to a car that is typically of higher quality and more spacious than the average taxi. Then you can ride in comfort to your destination in Sorrento, making it a quick and comfortable choice.
However, although private cars charge by a flat fare and you’ll know what you’re paying in advance, they are also much more expensive than taxis because of the better quality service. Expect to pay at least €150 or more, which can be too much money for many people.

Naples Airport to Sorrento by Train

Thankfully there are at least two much cheaper public transportation options for getting from Naples International Airport to Sorrento. Taking the train is a budget-friendly choice although it can be the one that requires the most time, so it’s not great if you’re on a tight schedule.

The airport itself does not have a train station, so once your flight has landed you’ll need to follow the signs for the Alibus Shuttle and buy a €5 one-way ticket to ride this bus service from the airport to the Naples Centrale Station, which is the main train station in the city. Once at the train station you need to buy a €3.60 ticket for the Circumvesuviana train to get to Sorrento.

The benefit of taking the train is the very low cost compared to all other options, but there are other aspects that many would consider significant downsides. Because you have to first take a shuttle bus and then wait for the train, it can be a long time before you are in Sorrento. The train is used by locals and makes several stops, so the total journey can take more than 2 hours.

Because it’s a commuter train there is also the possibility that you won’t have much room for your luggage or that there won’t be many vacant seats, which can be frustrating if you have just disembarked from a lengthy flight. For these reasons it’s advisable if traveling in large groups to consider taking other options for getting from the airport to your Sorrento destination.

Taking the bus is another cheap public transportation option for those who don’t want to spend the money on a taxi or private car and also don’t want to ride on the train. To locate the bus follow the sign at the airport for buses and you’ll see the Sorrento bus in the P1 bus area.

Price is one of the most attractive options for this route, as it’s just €10 for a one-way ticket, which covers a single fare including a big suitcase and a personal item such as a laptop bag or handbag. If you have additional bags you will have to pay €5 per extra item. To buy your ticket, simply ask the driver when you board and note that your only option is to pay with cash.

Unlike the train, which requires a shuttle bus transfer to the train station before you can get on the train, with the bus to Sorrento you simply board at the airport and it will take you on a direct route from Naples International Airport to Sorrento Station in the heart of the town. The journey typically takes about 75 minutes, but can take more or less time depending on the traffic. Once you arrive in Sorrento you can either walk or take a taxi to your hotel or other final destination.

The bus runs from 9am through to 7.30pm every day, but the service can be somewhat intermittent so you could be waiting at the airport for up to an hour for the next bus to arrive. As long as you’re not on a tight timeline for your vacation, this is a good low-cost choice.

DISCLAIMER – This website is not the official website of Naples Airport and is an independent guide to the airport.

Scroll back to top Do NOT follow this link or you will be banned from the site!